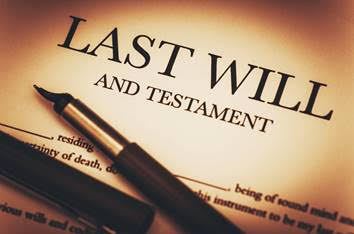 For solid representation and an efficient resolution to a will dispute, contact Steinmans Trial Lawyers. If you question the validity of a will, we can help you seek justice and pursue your loved one’s wishes. If you are an executor of a contested will, we can help you handle the matter or defend your side in the most efficient and cost-effective way possible for disputing a Will.

When a family member or another party disputes the contents of a will, the resulting legal battle can devastate a family during an already emotional time. No matter what side you are on, hiring a knowledgeable lawyer can help the case efficiently move forward toward a resolution. At Steinmans Trial Lawyers, we tackle complex will disputes and estate matters head-on, based on almost two decades of litigation experience in British Columbia.

The introduction of the Wills Estates and Succession Act, S.B.C. 2009, c. 13 (“WESA”) has had an impact on the types of claims that can be made. For instance, WESA allows a court to accept the “…evidence it considers proper…” of the will-maker’s reasons for making the dispositions in the will or for not making adequate provision for a spouse or children. Evidence might include statements made by the will-maker during his or her lifetime or a memorandum recording as objectively as possible the will-maker’s reasons for leaving his assets to certain family members and not others.

Spouses and children may make claims to vary a will. The fact that a marriage is of very limited duration does not bar a claim under WESA. Rather, it is a circumstance going to the quantum of the award. The fact that the marriage was a marriage of convenience does NOT prevent the plaintiff spouse from claiming. However, in these cases the obligation of the will-maker may be minimal.

Sometimes the executor fails to carry out his or her fiduciary duties. In these cases, family members, beneficiaries and other parties may take legal action to force the executor to administer the accounts, as the court will not oversee or enforce the administration unless someone takes action.

A family member or spouse are entitled to disputing a will on the basis of a will-maker’s state of mind. Lack of testamentary capacity is often alleged in situations where the will-maker suffered from dementia. This includes an increasing number of diagnoses of Alzheimer’s disease. Steinmans Trial Lawyers have prosecuted and defended cases where an elderly person decides to give real estate to a son or daughter when the elderly person is alleged to have been suffering from dementia.

Adult children are not generally disentitled to relief in court under the Wills Estates and Succession Act, S.B.C. 2009, c. 13 (“WESA”) simply because they have been separated from the will-maker for an extended period of time and have never been financially dependent on the will-maker. Only the most severe misconduct on the part of a child will disentitle that child from the benefits of WESA. The character or conduct subject to the court’s review is the character or conduct of the child at the time of the will-maker’s death.

For assistance with disputing a will in Vancouver , Burnaby, or Kelowna or for a strong defence during estate litigation, call Steinmans Trial Lawyers at 604.692.2525 or contact us online. Our goal is to find the most effective legal strategy and solution for your unique circumstances, as quickly and cost-effectively as possible.

Circumstances that courts have found to be suspicious include: (a) physical or mental deterioration; (b) secret preparation of a will; (c) “unnatural” dispositions; (d) involvement of beneficiaries in will preparation; (e) lack of control of personal affairs by the will-maker; (f) drastic changes in the personal affairs of the will-maker; (g) isolation from friends and family; (h) drastic changes in the testamentary plan of the will-maker; and (i) physical, psychological or financial dependency on the beneficiaries.

Fill out the form below and someone from our team will get back to you within 6-8 hours.